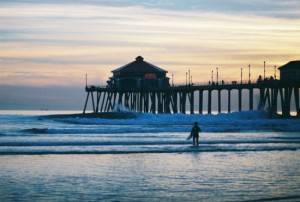 Residents of many California cities and counties are now bracing for possible inclement weather as Tornado warnings in Southern California are being announced by weather and news stations.  A powerful storm seen earlier moving across Los Angeles has brought the possible threat of tornadoes in Orange County and San Diego county.

According to news reports on the Orange County Tornado, wind guests have been reported as exceeding 90 miles per hour in Southern California as these powerful thunderstorms continued.  They are reporting that the storm will move into the Southwest overnight bringing areas of Airzona, Utah, Colorado and New Mexico valley rain and mountain snow.

The tornado warnings for Southern California areas such as Orange county and Long Beach give plenty of reason to be cautious with all plans for driving, or outdoor activities.  This weather seems like it will finally clear up in several days.  According to weather reports, the Los Angeles area will get a break from the rain and storms on Saturday when the forecast returns to sun with highs in the 60’s.