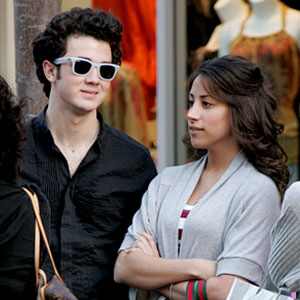 NEW YORK (The Borowitz Report) – Just days after tying the knot after years of abstinence, Kevin Jonas of the pop sensation the Jonas Brothers stunned his teenaged fans by announcing that “to be honest about it, sex was not worth the wait.”

“After we did it, I was kind of like, that’s it?” Mr. Jonas told reporters at a New York press conference.

As to whether Mr. Jonas’ bride agreed with his “that’s it?” assessment, Mr. Jonas remarked, “That’s what she said.”

Are you kidding me guys? It’s not like he was going to say to his kid fans, “YOU SHOULD TRY IT!”