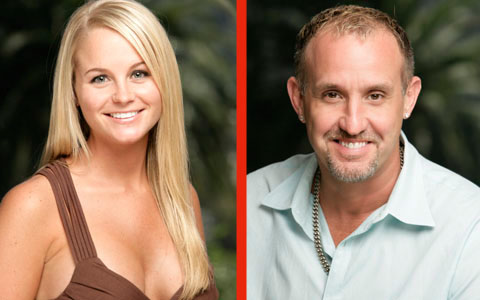 After Chima was removed from the house last night by the producers, Big Brother held another Head of Household competition today and Michele’s reign as HOH has come to an end.

If you haven’t already heard, Chima Simone was removed from the house last night after violating the rules. Today, Big Brother told the houseguests that there will be a new Head of Household competition and Michele will not be allowed to compete.

Ok, so apparently since Chima got kicked out of the house last night due to breaking the rules, Michele’s HOH was canceled out,and they decided to do another HOH competition, which Jordan won,surprisingly. This has been an eventful day,I’ve gotta tell you.

These people cannot calm down. All hell has broken loose. Natalie called Michele an habitual liar,and has vowed to get rid of her if she doesn’t go this week. Jeff has been trying to keep everything civil. He said he respects Natalie,and that she has a good heart.

Lydia poured out all Michele’s beers or something. It’s just a cluster F,now. What will happen next ? We’ll keep you updated Stay tuned or get the Big Brother live feeds by.