In June, Miley Cyrus described her co-star in The Last Song, Liam Hemsworth, as a “hot boy.”

Now, based on multiple reports, it sounds like the Disney icon has been working up a sweat with the Australian actor – if you know what we mean!

We mean this: the pair has been spotted kissing… off camera! 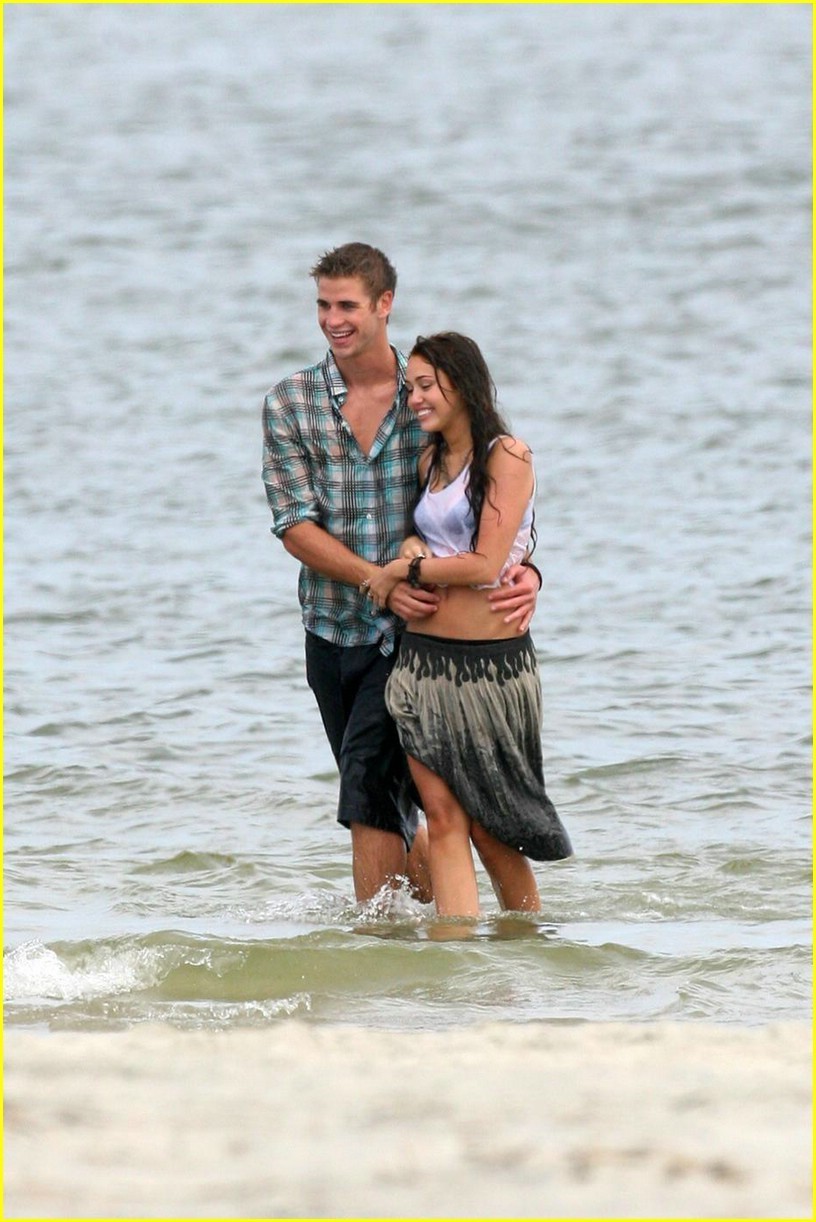 Both The New York Daily News and People quote witnesses that say Cyrus and Hemsworth played an intense game of tonsil hockey at the Nashville airport on Wednesday.

In fact, actor Alex Emanuel was standing a few feet away and said the rumored couple was “full-on making out.” He told People:

“[Miley] jumped into his arms and threw her arms around his neck and kissed him and leaned back and he was dipping her. It was like a scene out of an old movie where the guy’s getting on a train and they’re saying their goodbyes.”

Miley has admitted that she and Liam hang out by themselves. Less than a week ago, she Tweeted:

“I kinda want to go see ‘The Time Traveler’s Wife’ but I think I’ll just sit around and eat sushi and watch “Liar Liar” with Liam :)”

Ironically, the question now becomes: was Miley being a liar liar when she said she did not have a boyfriend earlier this month?

Or will she finally own up to her relationship with Hemsworth? If so, we’re sure she’ll do so it in a mature, Cyrus-like manner.