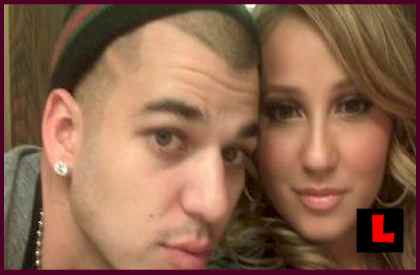 It turns out that Rob Kardashian cheated on Adrienne Bailon. Adrien Bailon who is a actress, singer- songwriter, dancer and television personality, also had her own revenge by leaked sexy photos on the Internet. The Cheetah Girls star is seen wearing no underwear.

The photos which were intended for her boyfriend at the time Rob Kardashian have now been leaked. But it seems that Adrienne has moved on, as Rob actually found out with a text from her new boyfriend at the very end of the episode. Rob admitted on Sunday night’s episode of Keeping Up With the Kardashians that his cheating led to their breakup. But who did Rob cheat on Adrienne with? A remorseful Rob didn’t reveal that bit of information.