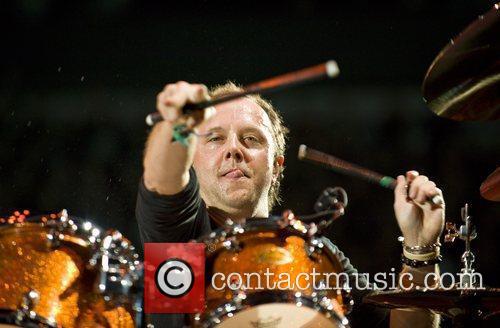 Lars Ulrich holds a drumstick high above his head. For a split second, the frenzy quiets to a dull roar. Ulrich brings his drumstick down with a crash and is swallowed by astonishing noise — wailing guitars, thumping bass and his own furious banging on the drums.

“I’ve been playing loud rock music for the better part of 35 years,” said Ulrich, 46, drummer for the heavy metal band Metallica. “I never used to play with any kind of protection.”

Early in his career, without protection for his ears, the loud noise began to follow Ulrich off-stage.

“It’s this constant ringing in the ears,” Ulrich said. “It never sort of goes away. It never just stops.”

Except the ringing is not spurred by actual sound. It is a condition called tinnitus, a perception of sound where there is none.

“It’s a phantom auditory sensation like phantom limb pain when an arm is cut off, and you feel pain in that missing limb,” said Richard Salvi, a leading tinnitus expert and director of the Center For Hearing and Wellness at the University at Buffalo in New York. “Much the same seems to happen when you have tinnitus.”

Tinnitus can be persistent or intermittent. It often is perceived as a high-pitched ringing in the ears but also can sound like buzzing, whistling, whooshing or clicking.

More than 50 million people in the U.S. experience some degree of tinnitus, according to the American Tinnitus Association. For 12 million of those afflicted, the noise is disabling.