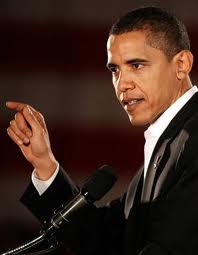 Once again, the government has imposed an unreasonable and absurd mandate on business and the American people.

“The Federal Communications Commission today took action to help pave the way for the first-ever Presidential alert to be aired across the United States on the Nation’s Emergency Alert System (EAS),” the FCC announced on February 3 in a press release. “The national test will help determine the reliability of the EAS system and its effectiveness in notifying the public of emergencies and potential danger nationwide and regionally.”

Obama may soon appear on your television or call your cell phone to warn you about the next specious al-Qaeda underwear bombing event.

As Next Generation EAS systems become operational over the next few years, they will complement other public alert and warning systems now being developed, including FEMA’s Integrated Public Alert and Warning System (IPAWS) and the Commercial Mobile Alert System that will enable consumers to receive alerts through a variety of multi-media platforms on their smart-phones, blackberries and other mobile broadband devices.

If implemented, the president will be able to commandeer your smart phone any time he wants and for any reason the government deems necessary.

Former DHS boss Tom Ridge has admitted that the government exploits terror alerts for political gain. Ridge said he “was pushed to raise the security alert on the eve of President Bush’s re-election, something he saw as politically motivated and worth resigning over.” A specific al-Qaeda terror alert hyped up prior to the election was downgraded by the DHS after Bush beat fellow bonesman Kerry in the election.

Earlier this month, DHS unveiled a new terror alert system that will hijack social networking sites as one way of informing people of terrorist threat updates. “The new, two-tiered system will provide alerts that are more specific to the threat and even recommend certain actions or suggest that people look for specific suspicious behavior, she said. They also may be limited to a particular audience — such as law enforcement — rather than broadcast to the general public, and also will have a specified end date,” reported Information Week Government.

In December, Department of Homeland Security Secretary Janet Napolitano  announced the expansion of the Department’s national “If You See Something, Say Something” campaign to hundreds of Walmart stores across the country — launching a new partnership between DHS and Walmart to help the American public play an active role in informing on each other. Thousands of Wamart stores will have telescreens pumping out government propaganda.

FEMA is also working on a new system that would send emergency alerts as text messages to wireless phone users. The system is still about two years away from full implementation, according to the agency.

CMAS is slated to begin deployment in April 2012.