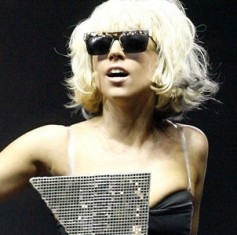 Lady Gaga has had pals worrying if she’s on the verge of tipping ever since she nearly collapsed on stage in March and had to cancel several shows earlier this year citing exhaustion.

“I’m very connected to my aunt, Joanne, who died of lupus,” she tells The Times of London. “It’s a very personal thing.”

When asked if she’s been tested, Gaga, 24, says “yes,” without elaborating on the results, adding that she doesn’t “want anyone to be worried” even though the disease, in which the immune system attacks the body, can be genetic.

“I have heart palpitations and things. But it’s okay. It’s just from fatigue and other things,” the singer, who said she fainted during her New Zealand concert because of jet lag, tells the U.K. newspaper.

As for buzz about her thin body, Gaga wants to reassure fans that she doesn’t “have an eating problem,” but rather points to her busy schedule that doesn’t allow her “very much time to eat.”

“I really don’t do drugs. I don’t touch cocaine any more. I don’t smoke,” she says. “I take care of myself.”

But don’t expect her to slow down anytime soon.